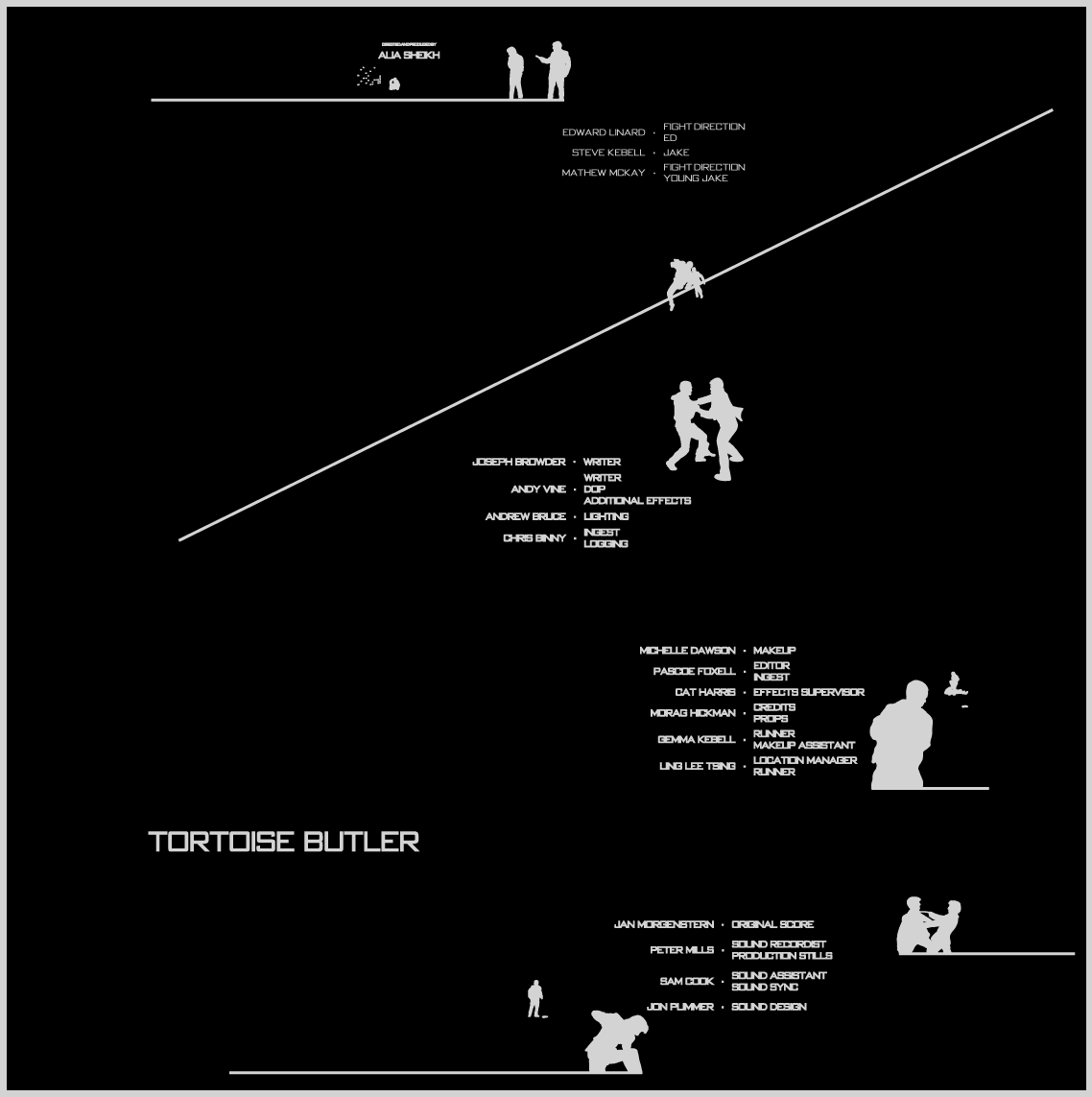 One of my contributions to TortoiseButler’s entry into the Sci-Fi London 48 Hour Film Challenge 2013 was the closing credit sequence.

Our film was based on the following criteria:

Title: “Crosses”
Dialogue: “There’s no way of knowing I’m afraid. Only time will tell”
Prop: “A torch – A character shakes the torch, pulls it apart, and puts it back
together again. It still doesn’t work.”

We came up with a complex yet tight script involving time-travelling cops, the fight actors (including one untrained!) developed some kick-arse fight scenes, I knocked up some props and tattoos and we shot a beautiful, tense, cohesive film.

As with most creative products though, the ‘finishing’ is at least as much work as the creation. The second night of the 48 hours was spent packed into a tiny hostel room, where a truly stunning number of macbooks were put to work on the editing, graphic effects, scoring, sound design and grading of the film. Alongside them all, I was in the corner making 8 seconds worth of credits (Final version has an extra 4 seconds to credit the installation artists).

As our composer was creating the score live from Germany, the editors pulled together a rough cut to give him an idea of what we’d made. I snagged a copy of this, identified key moments from the narrative, and selected dynamic and interesting stills to represent them. Manually tracing the stills gave me silhouettes, with which I created a huge spread which the final animation explores, reflecting the journey of the film. It was great fun to apply what I know of storyboarding, composition and comic design to creating something dynamic, stylish and exciting.

Raw still from the rough cut

Tracing over the figures

The silhouette read to be converted to a vector

The composition to be animated 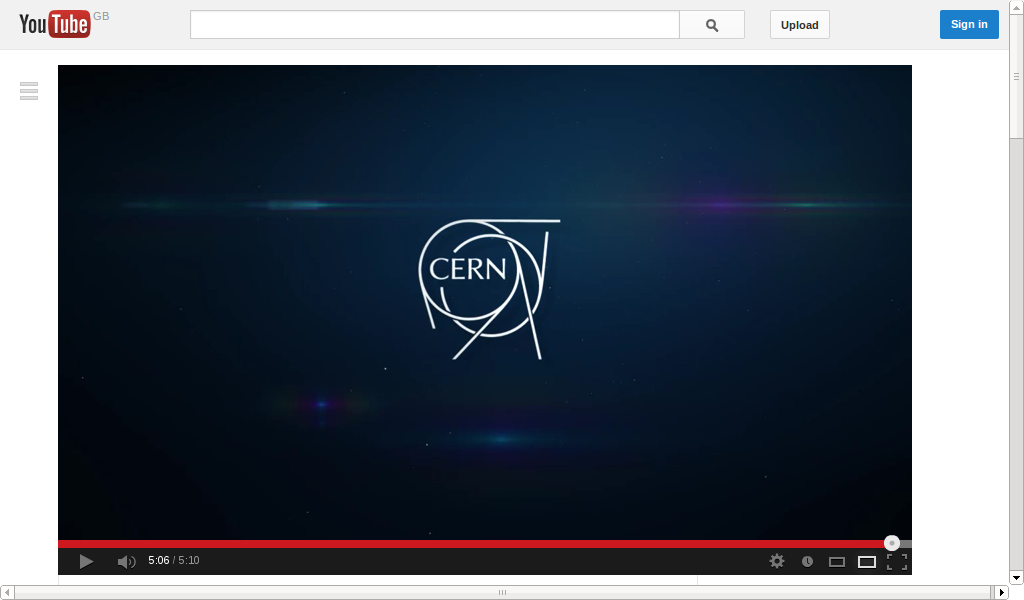 Not much shy of a year after I left, CERN released the animation I researched, scripted, storyboarded, and supervised production of. They’ve polished it up, slowed it down, added a little more text and more blocks in one spot, and made lots of the global stuff prettier, but it’s mostly there.

I was responsible for researching, interviewing, scripting, designing, storyboarding, and directing the animation, which was produced remotely by a 3D production studio in Spain.

If you want to find out about how LHC data is processed, check it out!

The layout of the LHC rings and experiments, with control centres on the surface and the data centre

A collision lights up different kinds of detectors within an experiment.

Data transferred from the experiments to the datacenter

The CERN data centre is a hugely impressive place…

Data from similar events are grouped together

Transfer between Datacentres around the globe

Excellent company at the beach today!

Busy painting up a few coaster orders for Christma

Edit: sorry, sold! I am taking orders for the next

Huge thanks to all the lovely folks whose Dragonfl