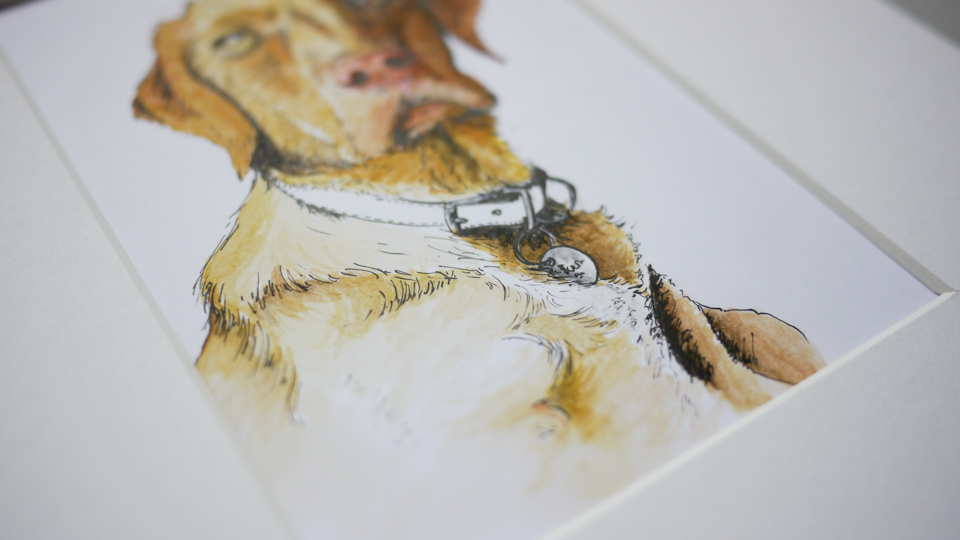 Portrait of a noble and distinguished pupper: Biggles the Destroyer. This photograph was an absolute delight to work from.
India ink with a dip-pen over a pencil sketch on bristol board, then coloured using Kuretake Gansai Tambi watercolours, which I cannot recommend highly enough. 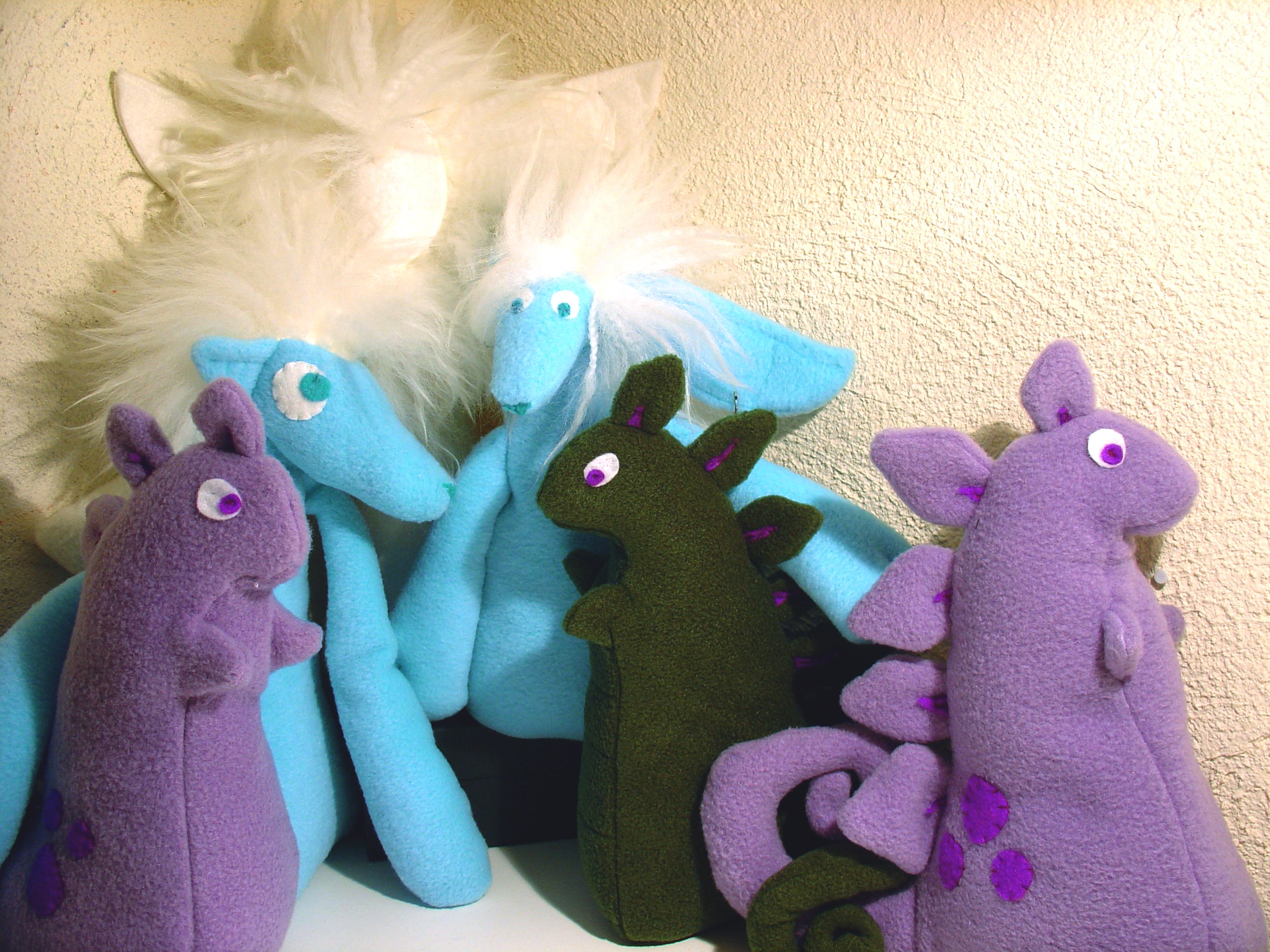 When I moved to SwitzerFrance, my Mum told me to make friends… 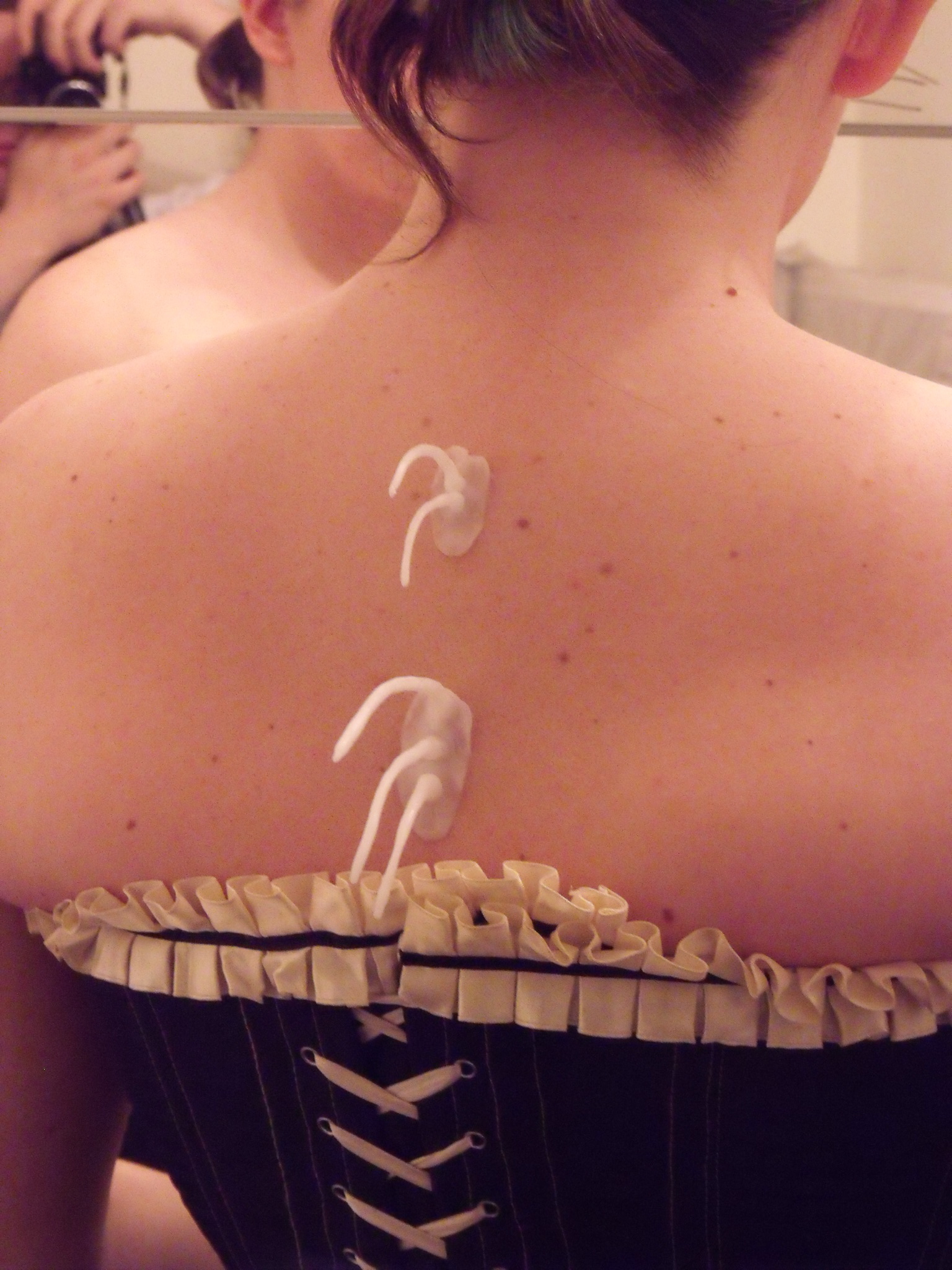 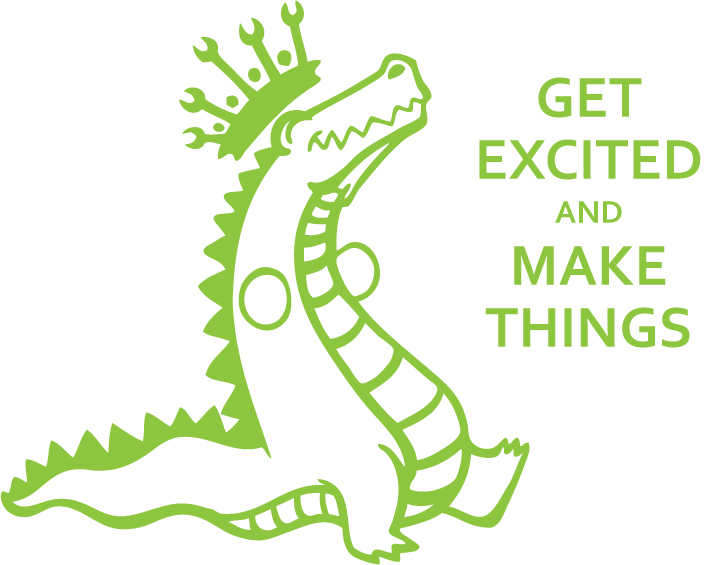 A common lament amongst other creative people I know is struggling to find time and to feel it’s ‘OK’ to work on your personal projects – it always feels like some other obligation takes precedence over doing that thing you’re passionate about – including socialising. I instituted ‘Making Tuesdays’ to combat this – a weekly open house for friends to come together and socialise at the same time as working on personal projects or collaborations, and get help, be it trouble-shooting, an extra pair of hands or just someone to say ‘that is cool’.

Inspired by this ‘Get Excited and Make Things’ poster, I designed this happy dancing crocodile to be our mascot and carry the sentiment. I’ve printed it on tshirts, laser-cut it into a plaque for my door, and it’s made a nifty wallpaper too. 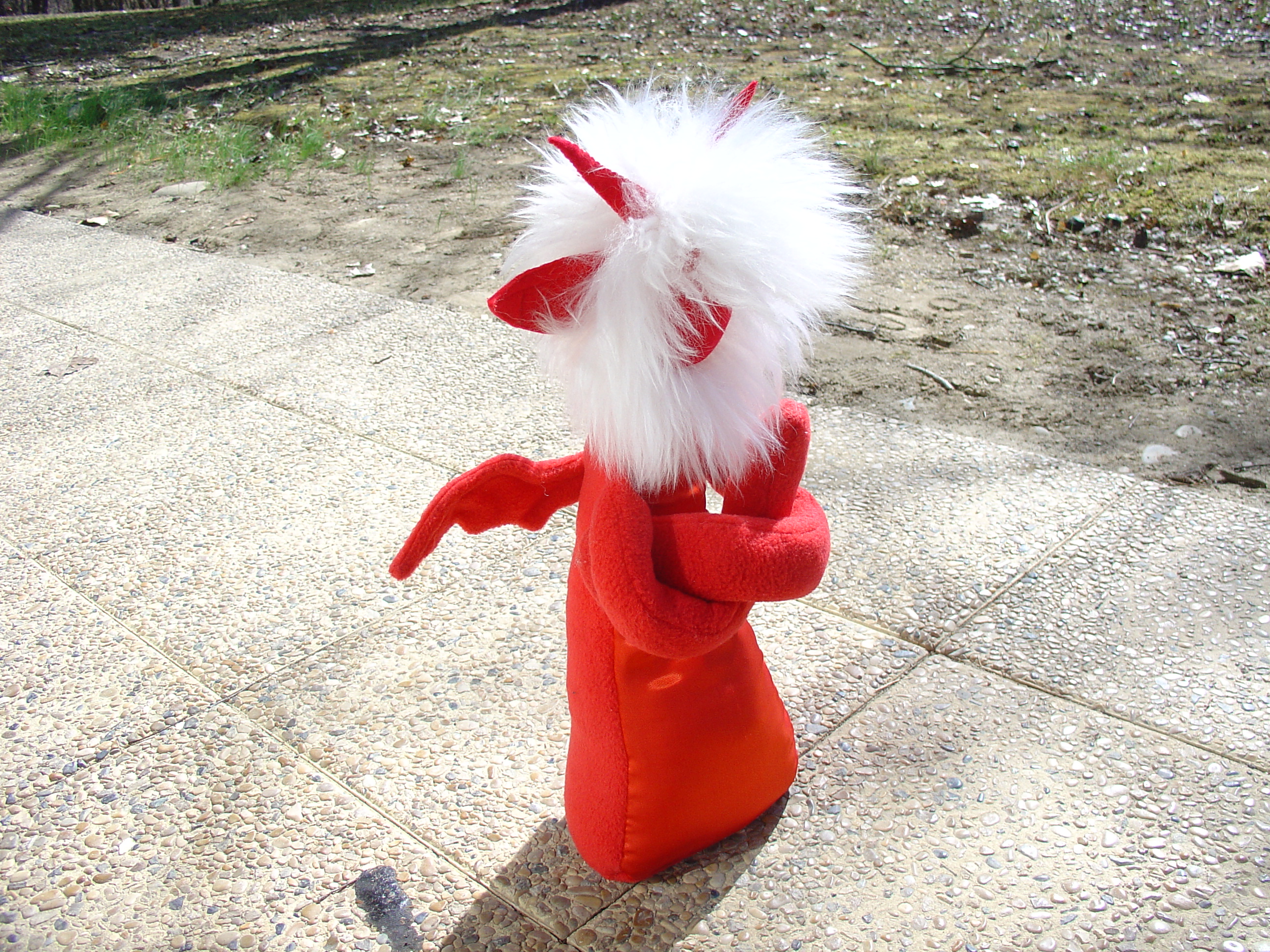 To be named by its recipient, a blank-faced red fleece-and-felt fluffmonster with big ears, horns, wings, and a magnificent mane galore.

Perhaps my biggest monster to date, it stands about 18″ high, with stuffing beads weighting the bottom, a satin belly, and makes a perfect armful for cuddling. 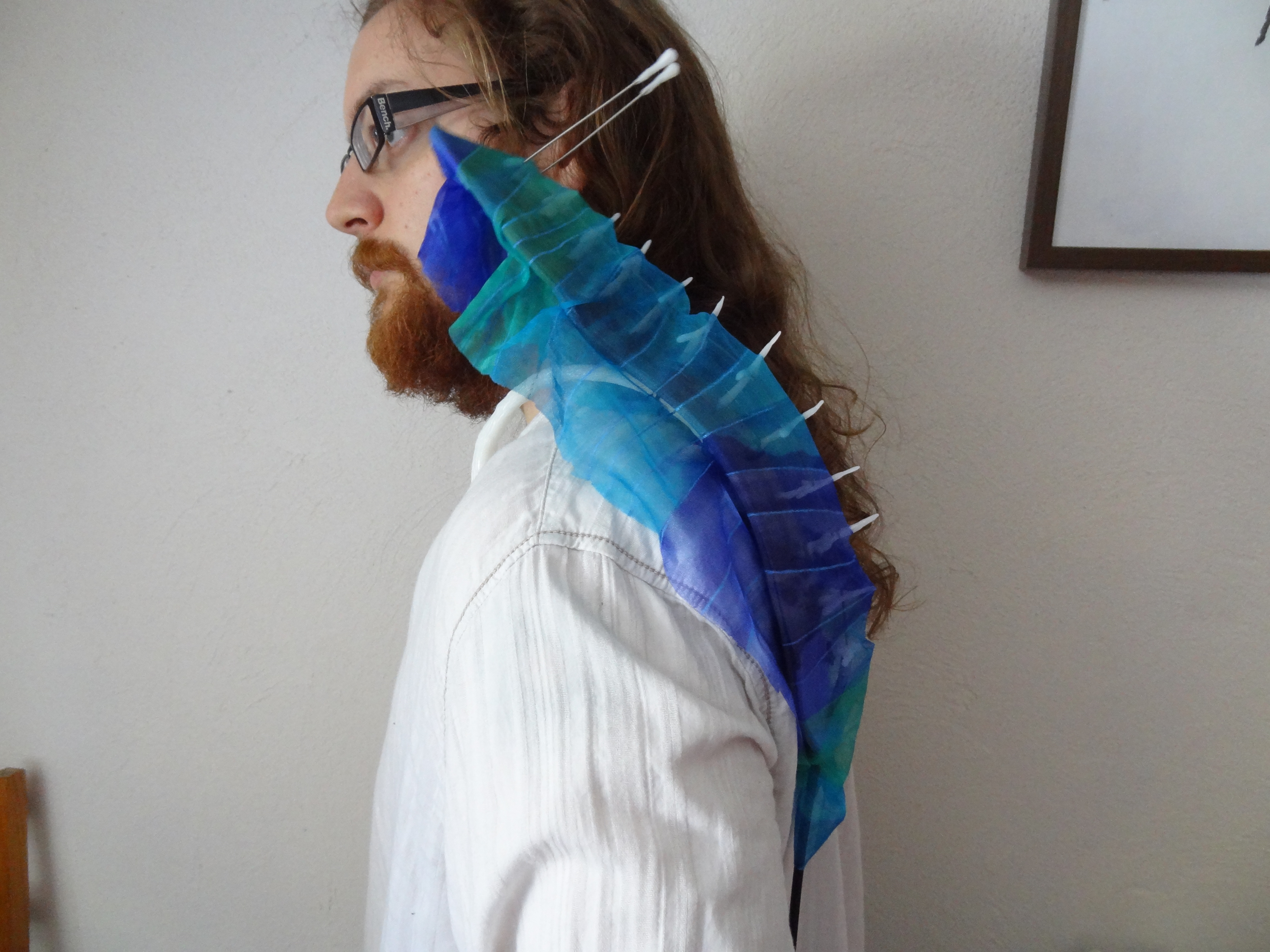 For some reason, the idea of a pirate with a pet sea slug seemed dreadfully amusing. Of course it would perch as a parrot might, be brightly coloured, and wave vaguely around in response to passers-by.

This translucent and delightfully frilly nudibranch has trembling antennae and can rear its body up from the wearer’s shoulder – see the video.

Starting with a length of aquarium tubing, I hammered half-toothpicks halfway through the tube to anchor thermoplastic vertibrae. These brace the articulating wire cable, so that it can pass from the head, down the length of the body, and rejoin the base tube at the tail end, which carries it down to a discrete handle. Sandwiching foam sheets around the tube made a base for the body, floaty gauze fabric fleshed it out, and guitar-string wires make satisfyingly twangy antennae.

The whole thing can be mounted on the shoulder with a thermoplastic bracket over or under clothes, and the handle’s surprisingly comfortable and easy to use.

The active structure comes together.

Projects like this are a fantastic way to explore the possibilities of different materials.

Foam sheets conform beautifully, and are easy to stick together, and trim like a dream! Adding the body also restricts the motion to one plane – it can’t flex sideways, so it curls over better.

Ties underneath can be threaded through a shirt to the brace underneath, if you don’t mind making holes in it.

Look at that face! How could you resist that face?

Is it a bird? Is it a plane? I can’t tell, I’m a short-sighted seaslug. 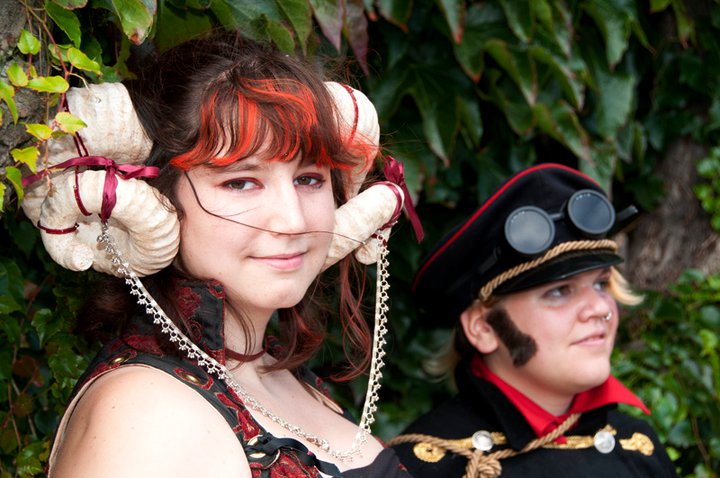