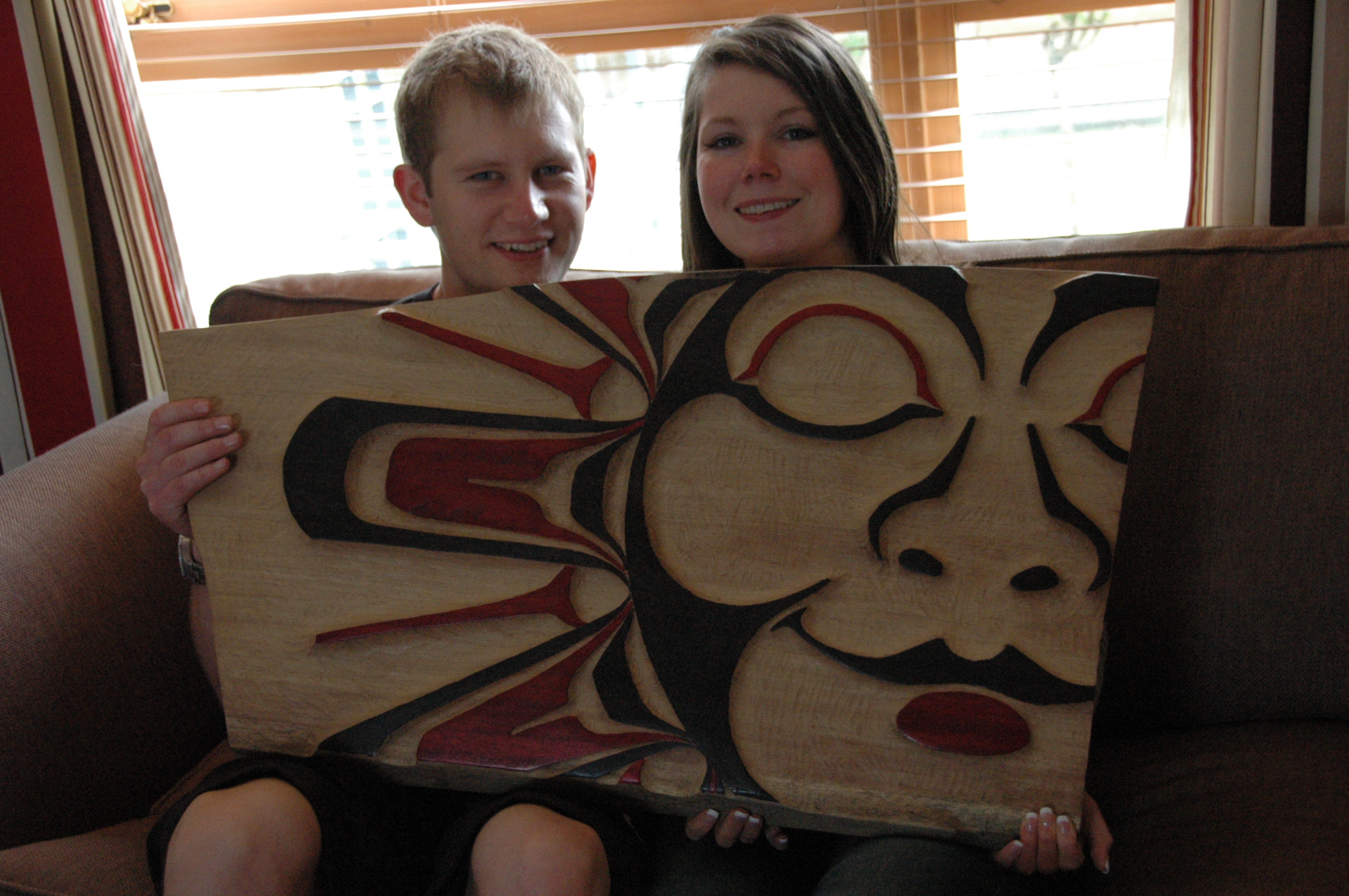 Back in 2008, I asked my brother and his fiancée what they’d like for a wedding present. Their response: a wall-mountable carving, subject: the moon, style: pacific north-west coast art, tone: peaceful and serene, suitable for a bedroom.

Rather a lot of sketching later, I had determined that the traditional images of the moon are all what I’d read as ‘angry’ or ‘unhappy’ in various ways, never serene. In the end I abandoned the idea of being faithful, and came up with a hybrid style. It only took me a month…

From a shipwright I obtained an offcut of deck planks: a large piece of iroko wood, a hardwood with lovely colour and glow but a very wavy grain. It had a split down the middle, but this enabled us to cut it into two pieces. Printing a photo of the wood really helped with ensuring that the design fit the wood well.

I did the carving with the wood clamped to a black’n’decker workmate in the livingroom, with an audience of parrots. I mostly used a broad gouge, with tricky bits being done with other chisels. I did like using the workmate, as the foot-plates mean you can hold the entire thing steady enough to push hard against, while being small enough to move all around.

It was rather tricky to get a decent finish, as the grain of the wood dives and leaps like porpoises – stop paying attention with a chisel, and suddenly you’ve torn out a huge chunk, ruining the effect you were trying to achieve. My gouges were the best way to work with this, allowing me to make rocking slices which scooped the material out – safer, but incredibly time-consuming. I believe that the carving took me two weeks, including pulling some very long days towards the end.

The carving is finished with richly coloured black and red wood stains, and is absolutely huge. Delivered on time – just!