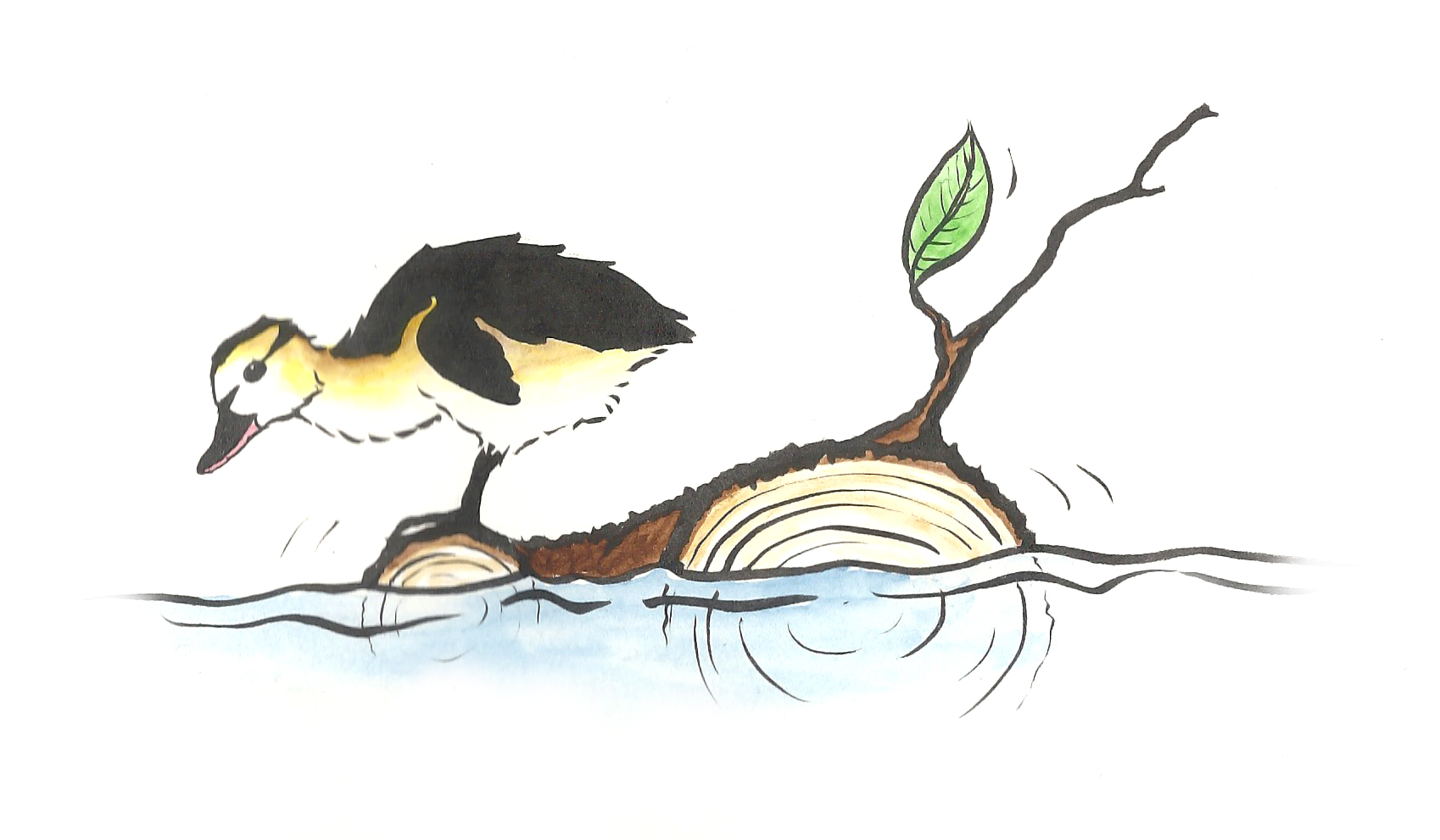 This is a 20-page narrative, written for my twin nieces, about the escapades of a pair of farmyard reprobates – Duckie and Chickie. It has been variously described as “disgustingly adorable” and “a scientists’ approach to Getting Along”, but you can’t listen to everything the critics say.

I started it with the strong idea in mind of two characters who have differing abilities, but work together to get in and out of mischief.

Apparently I have to write another one for next Christmas… and until they’re 18. It’s a lot of work, but I do want to find out what was shining on that island…