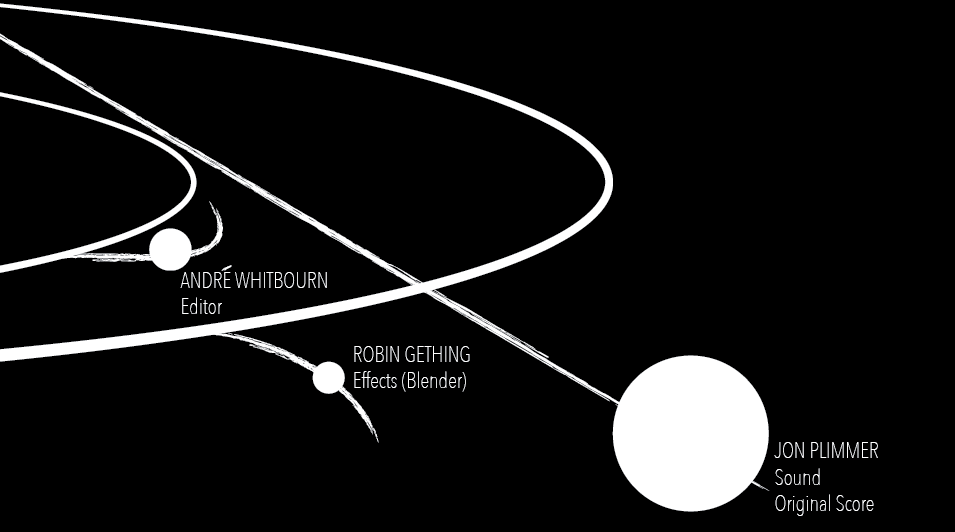 For this year’s film challenge, our entry depicts the last contact between two sisters, about to be separated for 30 years as a rogue exoplanet diverts one’s home planet’s orbital trajectory.  Say that five times fast.

In a film challenge, I usually have 20 seconds to cram the credits into, tacked on the end of our 3-5 minute film.  With actors, a team of about 10 and lots people to thank, it’s tricky to fit everything in and make it readable.  I had to drop dramatic impact and the loneliness of space for a dense but elegant arrangement, but I’m pretty pleased with the result. If I’d had more time, I would animate the planets along their orbital paths, and give each ‘page’ solo time on screen, as well as using a better blur which moves across the screen, rather than streaming everything upwards.