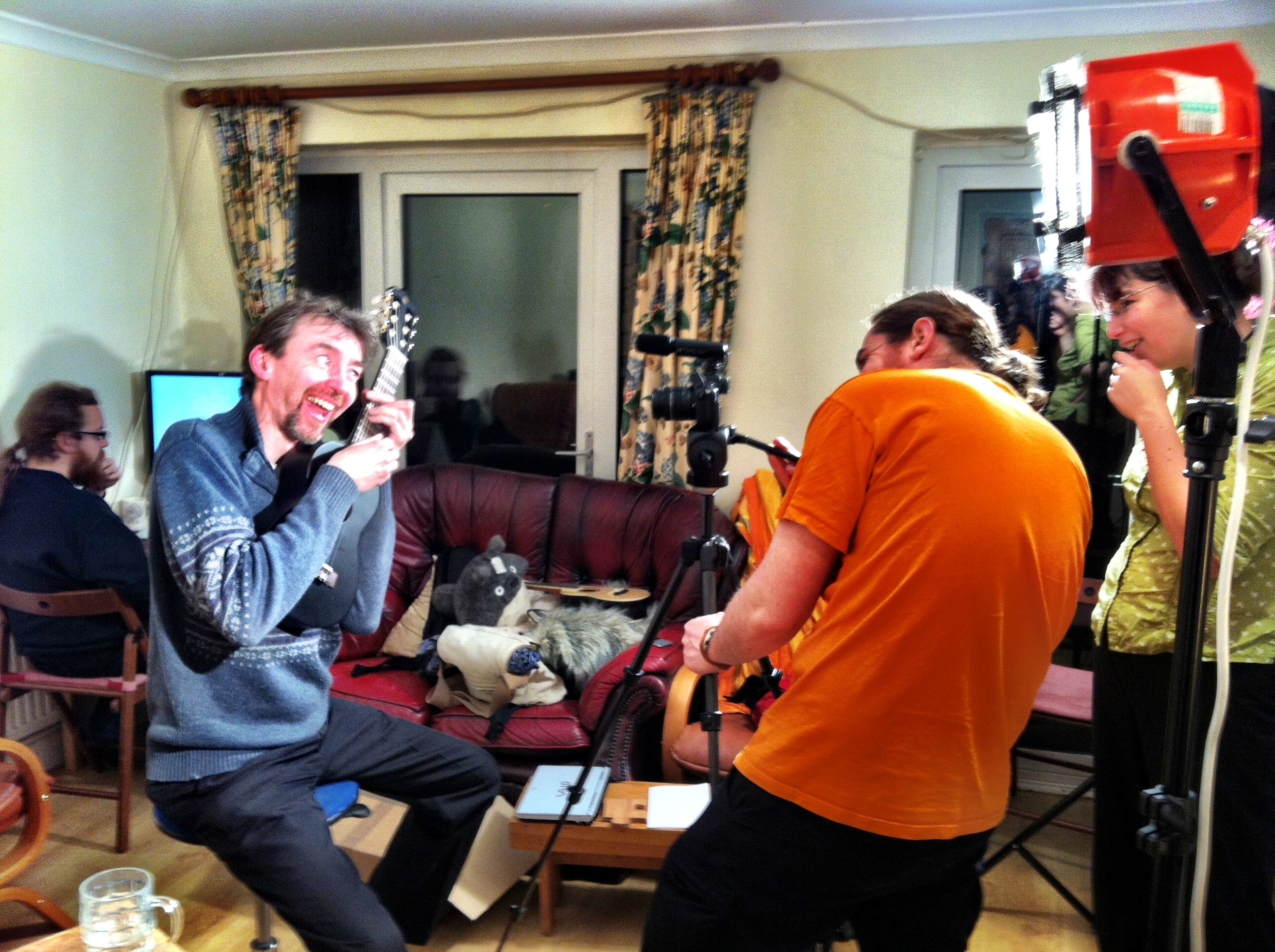 When TortoiseButler are filming, I’m often off-set when the actual shooting occurs – scripting, storyboarding, world-building, set-design, props, make-up and costume are all ‘out of the way’ activities.

Taking up residence with the leaders of the group, however, may fix that… Given their almost guerilla filming approach, a mini shoot can be squeezed in between dinner and bed on a weeknight – an ideal venue for tiny projects, tutoring and practice.

Actor Joe needed a bit of video for his university course, so this time I was put behind the camera. Andy talked me through the process of setting up, composing and lighting a shot, as well as driving the camera and a little bit about lenses. The shoot came together really quickly – one long interview bit, and four short and silly cutaway sequences. It was fascinating to watch an actor in action (harf harf), and it was fascinating how consistent his movements, expressions and tone were – what seems natural in the final version is exposed through repetition as being very carefully constructed, and reproducible!

Sam handled ingesting the files from the camera and cut it all together, so we had a film in less than three hours!

The exercise reinforced that I almost always have a clear idea of how things ‘should’ be in my head, which means two things: 1) when doing things ‘properly’ I’ll need to pay attention to who takes ownership of what and 2) a director role may be something to aim for, down the line.

The photographer arrived home to this…

Such a girly scream

Composing movement within a frame is so much fun!