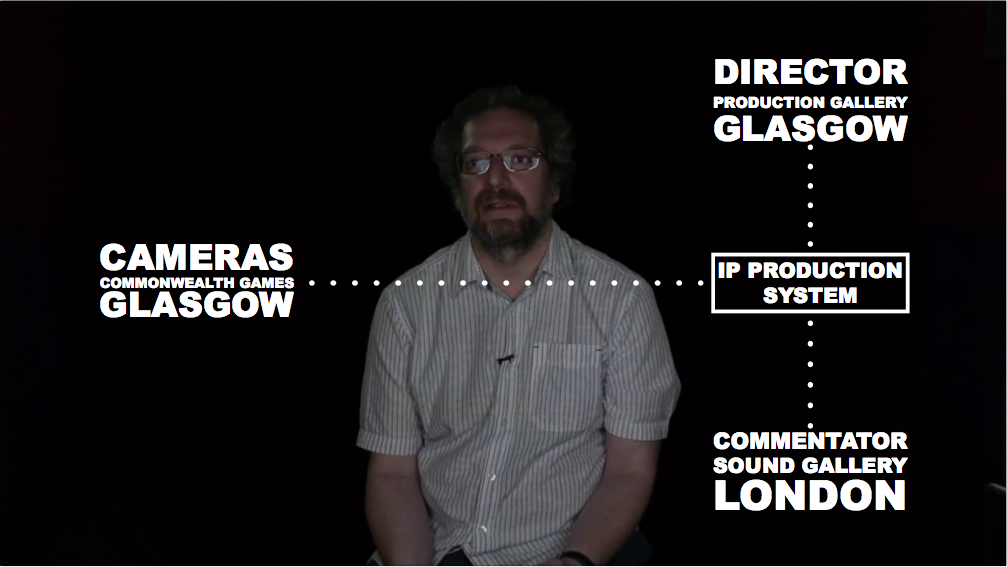 BBC R&D have a cool project called IP Studio, which is looking to ditch the direct wiring of live sound and video equipment, and allow programmes to be produced using all the flexibility the internet has to offer. The technology was showcased using a super-high-definition broadcast of coverage from the 2014 Commonwealth Games in Glasgow, via a sound desk and presenter in London.

This short video of interviews with IP Studio team members was produced by Alia Sheikh, and shows in their own words why they think that this is an important and exciting project.

I was tasked with enhancing the impact and clarity of key points. Once I received a cut of the interviews, I had a few days to transcribe the contents, plan and produce animated overlays. I created a distillation of the interviewees’ words, then manipulating the layout and timing with which they appeared to echo the speakers visually. With the addition of a few basic animated diagrams, the overlay was added to an Ultra High Definition version of the interviews, and become one of the first pieces to be broadcast at this resolution.

It was fantastic project to work on – self-contained, with very tight deadlines, but incorporating elements of technical communications, layout and animation design. I was delighted to get great feedback from the folks at the BBC involved.

Watch the video over on the BBC R&D blog here.