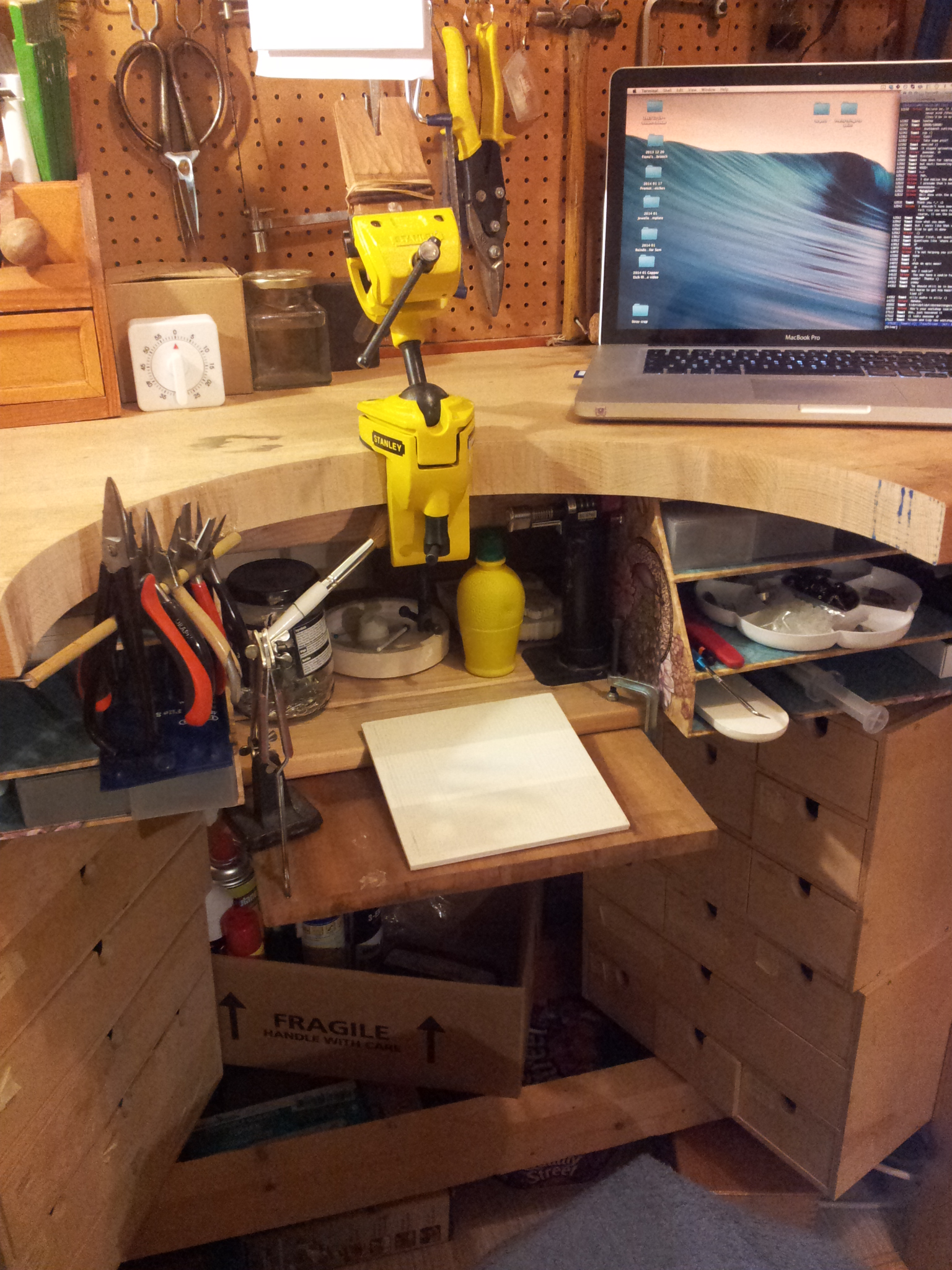 I think today’s been well spent, cutting a semicircular divot into my jewellery workbench, adding a shelf and storage, and arranging things to suit.

As I contemplated returning from my Ugli adventures to my workshop, I was daunted by the amount of construction mess on my desk. This made me realise I hadn’t been using my workbench for its intended purpose – making jewellery – but instead had been treating it as a rather unwieldy set of shelves. After some contemplation, and ogling some of the gorgeous benches on Ganoksin’s Bench Exchange, as well as these two fantastic Pinterest boards of bench and workshop inspiration, I decided it was finally time to commit to the bench, and cut out the semi-circle that distingishes a jeweller’s bench from an oddly tall workbench.

Some jigsawing and jiggery-pokery later, I have one semicircle of heavy beech block-wood, and an exciting-looking new benchtop.

Probably should have tidied more first…

What I usually keep under my desk, revealed!

I’ve also repurposed my desktidies into tool-and-material tidies under the surface of my workbench, so I can keep supplies and commonly-used tools to hand but off the surface of the bench. I’ve replaced them on my desk with a set of component drawers that I’d underused for storing supplies. Now my desk is much tidier, and hopefully it’ll stay that way as it goes back to being the counterpart for my jewellery bench, not its reluctant and unergonomic substitute.

I have it set up with a soldering station on the lower surface, and I look forward to using it for a while to find out how best to improve it in future, with drawers, shelves, cubbies, tidies and so on, as well as with a chair with a back to replace my stool.

For now though, I have a lot of copper to etch!