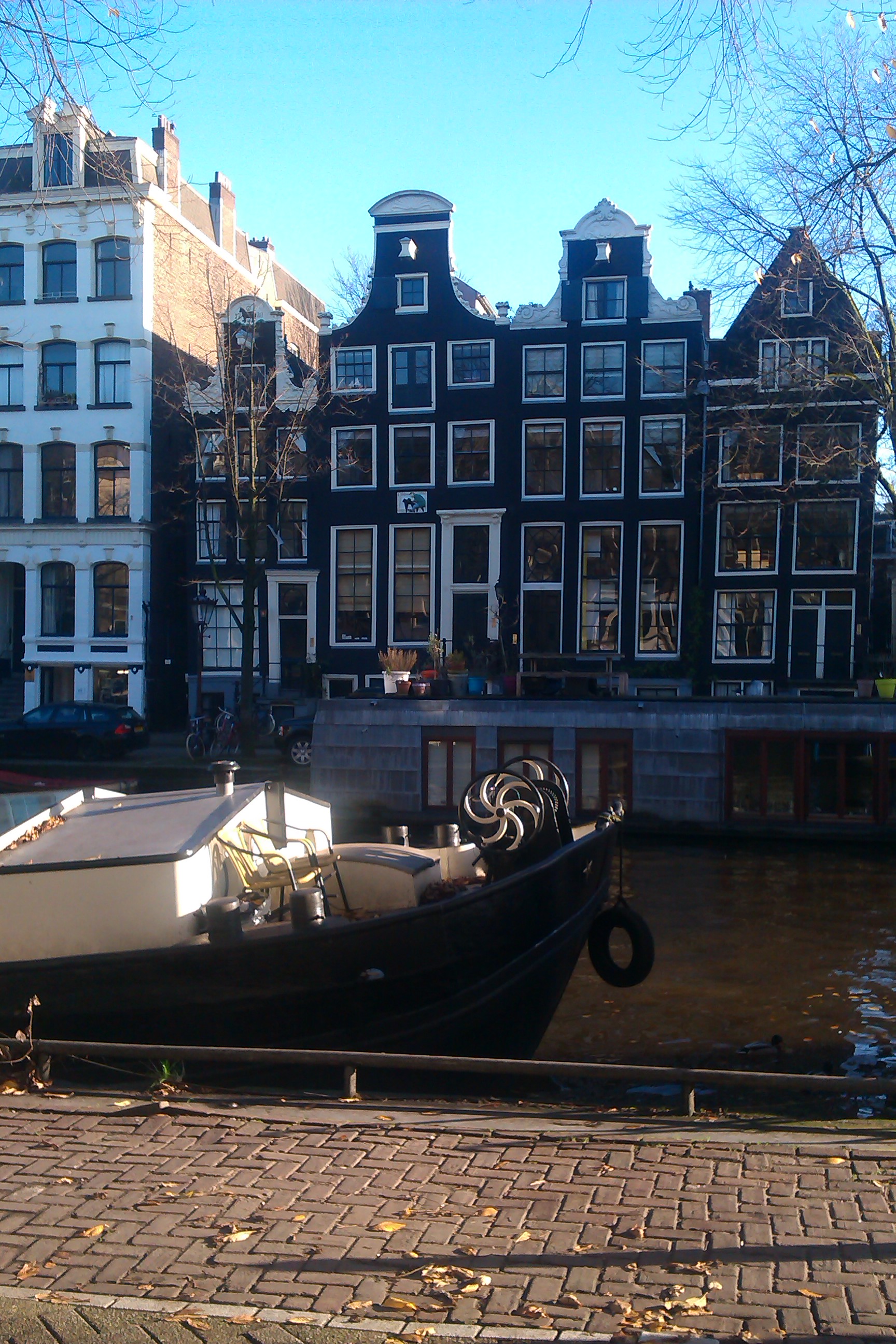 Just a few thoughts and impressions from Amsterdam…

In much of the centre of the city, in the older part, the streets are incredibly narrow and crowded. Where there are canals between the blocks of buildings, traffic flows in a one-way system on either bank, with a narrow buffer usually crammed with bikes. There are bikes everywhere, beside the roads, clogging the pavements, swooping through side streets and dashing across tramlines.

In this picture, outside the core rings of canals, there is more space and streets are wider (I saw front gardens! Zomg!). The cycle traffic management is interesting though – on the pavements, there are strips of bike lanes. In this photo, from the building margin on the left, you have pedestrian street, cycle lane (one-way – the other way is on the other side of the street), parking margin, and then the road (with tramway). It takes a bit of getting used to, and I think people wear headphones a lot less than you’d see in London – you need your ears to remain un-biked. 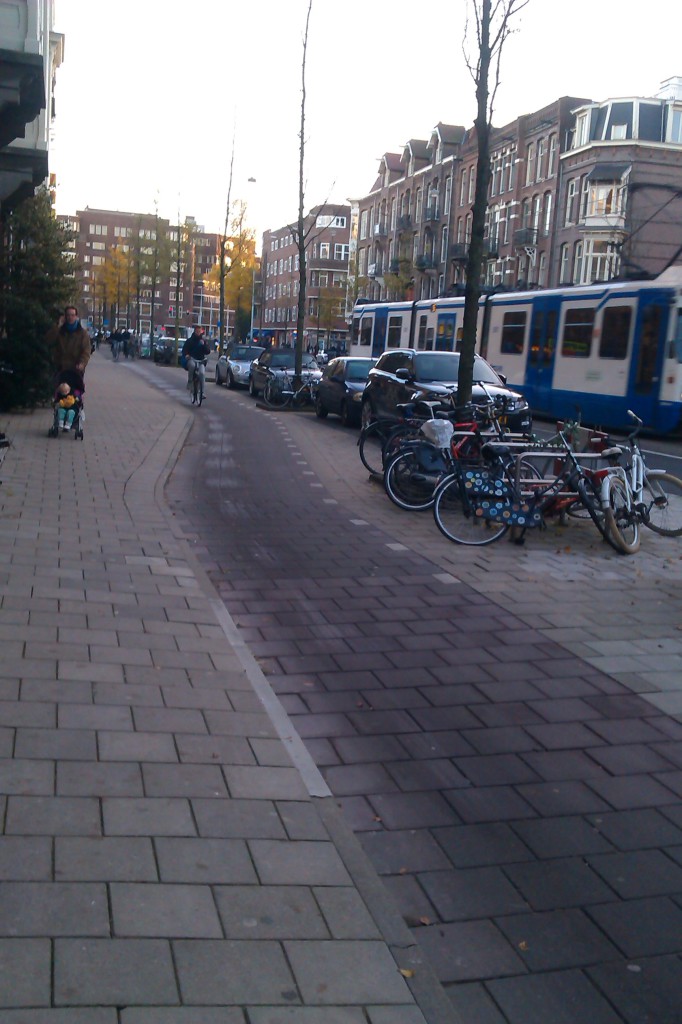 Just a random point of interest I happened to snap on my phone: in some fast food places, the front wall is made of coin-operated heated compartments containing standard foodstuffs, such as ‘cheeseburger’. 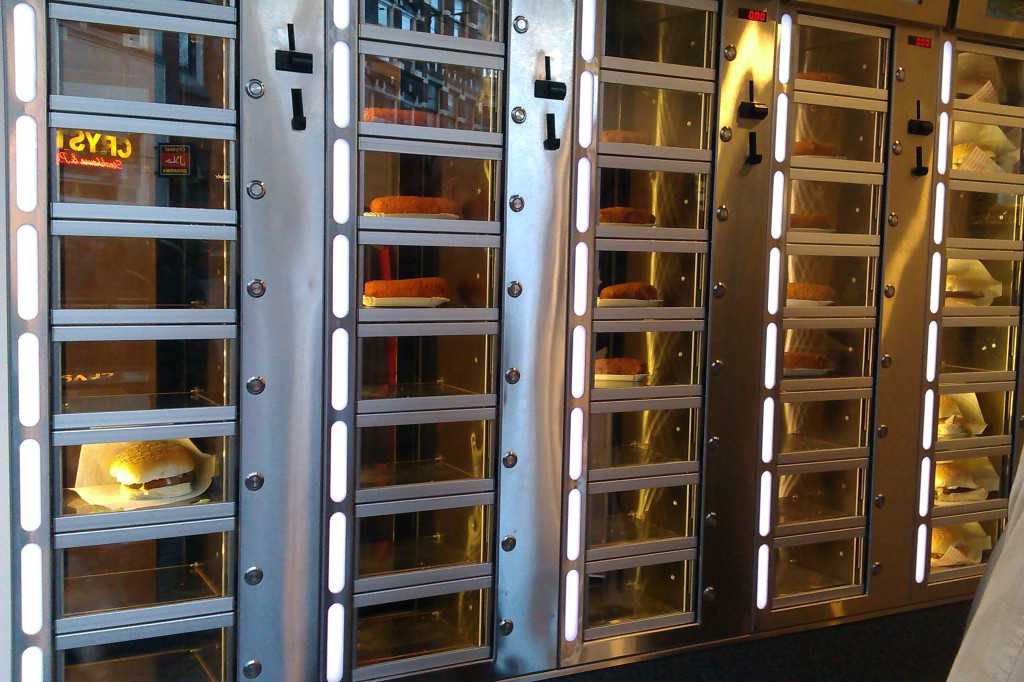 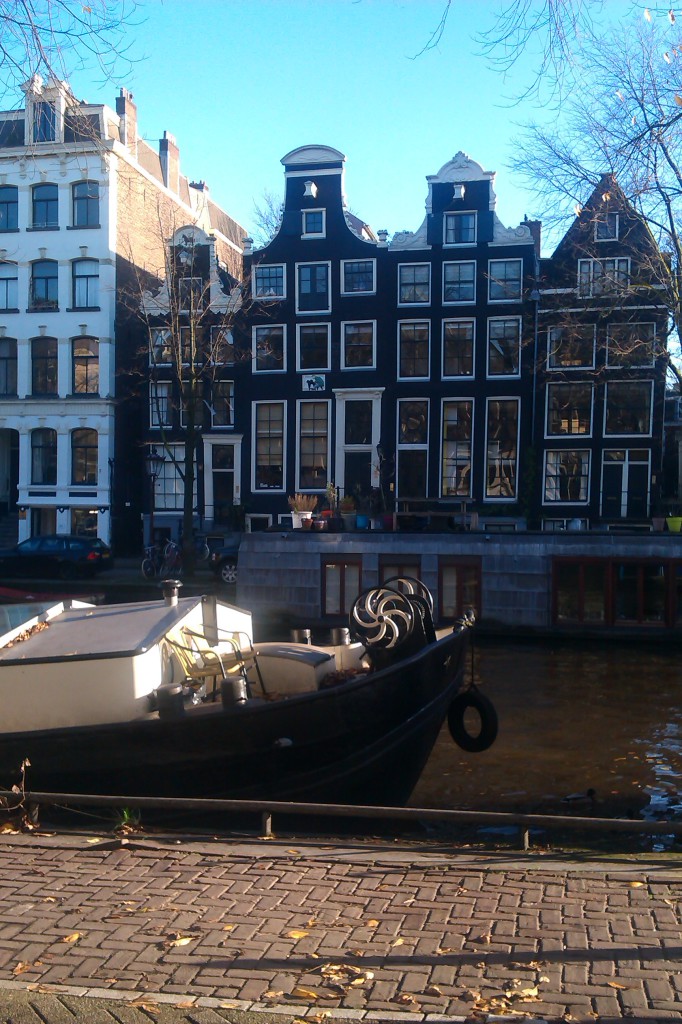 It delights me that every specialist shop is just… more specialist than a similar shop in the UK. I found one that just sold trim and tassels for cushions, curtains etc. That was it. Not thread, not ribbons… I also saw something I’ve never seen before: in an art shop, a drool-inducing display of packets of pigment for making your own paints! 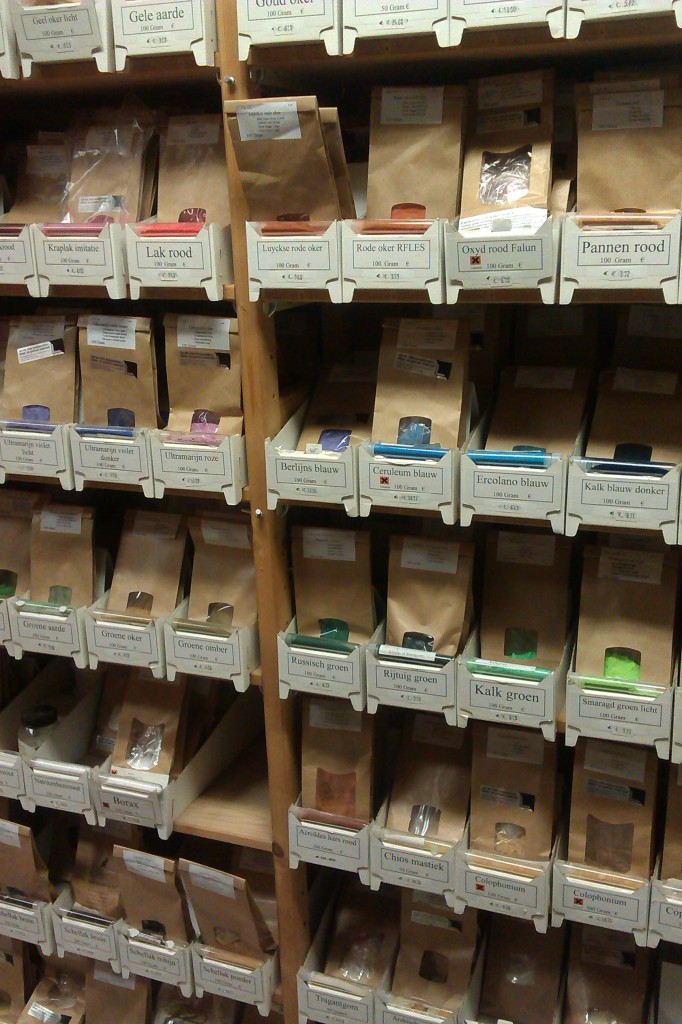 Bonus photo – this life sized projected figure on a cut-out figure at the airport was surprisingly creepy! From the corner of my eye it spooked me… 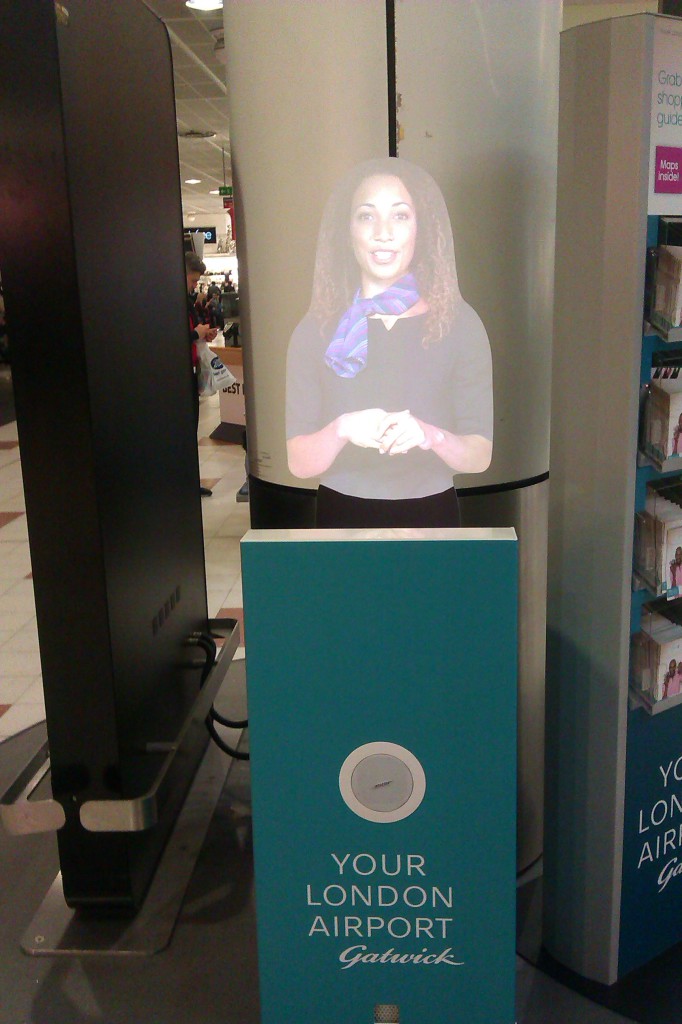